In reply to your email, the worst you could do to yourself is to ignore this notification as a scam. we do not know if you know any of these people, our business with you is that we stopped a diplomatic lady with a consignment containing cash of US$5,550,980:00(Five Million, Five Hundred and Fifty-thousand, Nine Hundred and Eighty United States Dollars) Find attached picture, after interrogations and investigations, the documents with her proved that she is a diplomat and the consignment was being brought to you en-route New York.All we need from you is to provide the award ownership certificate and Mrs. Doris Henderson will be released to come deliver your consignment to you without further delay.

Mrs. Doris Henderson said that Anthony Bucci is in Charge of the office that she departed from, she is the one that provided his email contact (revanthonybucci97@gmail.com)

Thanks for your anticipated co-operation.

在 2020/11/3 上午4:40, (INTERNATIONAL POLICE AUTHORITY UNITED STATES
SECTION (INTERPOL 写道:
> (INTERNATIONAL POLICE AUTHORITY UNITED STATES SECTION (INTERPOL
> JOHN F. KENNEDY RESIDENT AGENCY
> ANTI-TERRORIST AND MONITORY CRIMES DIVISION
> JFK INTERNATIONAL AIRPORT
> JAMAICA, NEW YORK 11430
>
>
>
>
> We, office of the international police authority (IPA) hereby write to inform you that we caught a diplomatic lady by the name Mrs. Doris Henderson at (John F Kennedy International Airport) here in New York with a consignment box filled with United States Dollars.
>
> Base on our interview to the diplomat she said that the consignment box belongs to you and that she was sent by one Rev Anthony Bucci to come deliver the consignment box to your doorstep not knowing that the content of the box is money.
>
> Now, the diplomat is under detention in the office of (IPA) security,and we cannot release her until we carry out our proper investigation on how this huge amount of
> money managed to be yours. So, in this regards you are to reassure and prove to us that the money you are about to receive is legal by sending us the Award Ownership
> showing that the money is not illegal.
>
> Note, that the Award Ownership Certificate must to be secured from the office of the Nigerian Senate President, because that is the only office that will issue you the
> original Award Ownership Certificate of this funds, this is because the fund originated from Nigeria.
>
> You are advised to forward immediately the Award Ownership Certificate if you have it with you, but if you do not have it, we urge you to contact back the sender of
> the diplomat to help you secure the Award Ownership Certificate if at all you do not have it.
>
> Below is the contact information of the person that sent Mrs. Doris Henderson as provideby her;
> Name: :Rev Anthony Bucci
> Email:(revanthonybucci97@gmail.com)
>
> Furthermore, we are giving you only but 3 working business days to forward the requested Award Ownership Certificate. Please note that we shall get back to you after
> the 3 working business days, that if you didn?t come up with the certificate we shall confiscate the funds into World Bank account then charge you for money
> laundering, but if you forward the Award Ownership Certificate then we will release diplomat with your consignment box also gives you every back up on the money.
>
> Thanks for your understanding and co-operation
>
> Yours Truly,
> Agent Shane Ashwell
> JOHN F. KENNEDY RESIDENT AGENCY
> ANTI-TERRORIST AND MONITORY CRIMES DIVISION JFK INTERNATIONAL AIRPORT
> JAMAICA, NEW YORK 11430
> CC: Canadian Police Association
> CC: GENERAL INTELLIGENCE DEPARTMENT (GID)
> CC: Asia Pacific Group on Money Laundering (APG)
> CC: Egmont Group
> CC: FEDERAL BUREAU OF INVESTIGATION (FBI USA)
> CC: European Bank for Reconstruction and Development (EBRD)
> CC: Financial Action Task Force (FATF)
> CC: International Monetary Fund (IMF)
> CC: International Organization of Securities Commissions (IOSCO)
> CC: International Banking Security Association (IBSA)
> CC: International Air Transport Association (IATA)
> CC: Institut de Formation Interbancaire (INSIG)
> CC: World Customs Organization (WCO)
> CC: Inter-American Development Bank (IADB)
> CC: Offshore Group of Banking Supervisors (OGBS)
> CC: WORLD CENTRAL BANK (SW)
> CC: NIGERIA POLICE FORCE (NPF)
> CC: NORTH YORKSHIRE POLICE (UK)
> CC: ECONOMIC FINANCIAL CRIME COMMISSION (EFCC 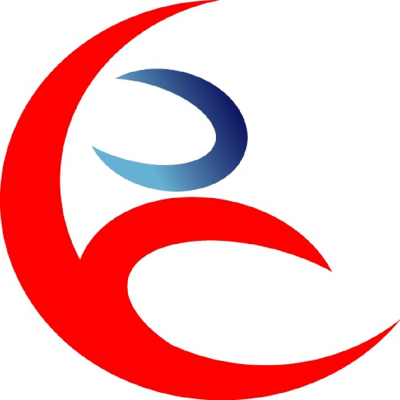